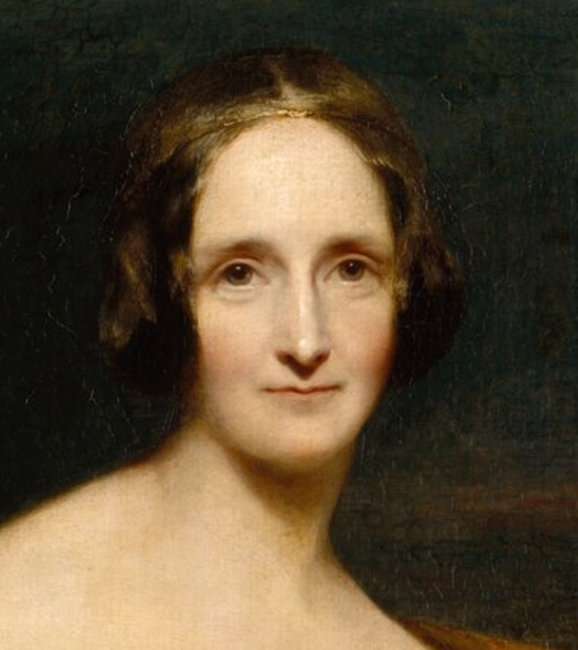 Mary Wollstonecraft Shelley was born in 1797 to the feminist Mary Wollstonecraft (who died ten days after her birth) and the radical philosopher William Godwin. At the age of 16, she fell in love with the poet Percy Bysshe Shelley, and they left England together against her father’s will, traveling throughout Europe. When Percy died in 1822, drowning in a boat during a storm, Mary Shelley had already had to cope with two suicides, miscarriage, family illness, financial stress, and the deaths of three of her children. She returned to England in 1823 and was given a small allowance by her father-in-law to support her surviving child, Percy Florence. In 1826, she published her third novel, The Last Man. The book may have been written partly to raise money and, as her father-in-law had forbidden her to write his son’s biography, partly to write covertly about her relationship with Percy. Later in life she was often sick, and she died on February 1, 1851, possibly from a brain tumor. When her family opened her writing desk, they found locks of her dead children’s hair, a notebook she had shared with Percy, and a copy of his poem Adonaïs with one page folded around a silk parcel containing some of his ashes and the remains of his heart.