A world without cars


A World Without Cars

With birthdays but a year and a day apart, and she the elder and young for her age, and he the younger whose turns of phrase grow frankly repetitive, they’d eaten beef in the early days of their joint celebration and across sinewy time, when bodies gray with food beliefs greening, of the baby spinach and veggie lasagna they swore up and down to savor, they left bites on their plates and their stomachs a quarter empty in an inner and outer show of moderation. Pressing her cheek to his to blow out candles one day in their fifties, she wished to herself to feel happy and fulfilled at the time of her death. Like planning a wedding, she arranged the flowers in her head and the ones before them that make the best centerpieces for birthday dinners. He wished that the movie they were seeing later that night would be at least a little entertaining. It was to be a hundred-minute car chase broken up by scenes from the childhoods of the chasers and those chased, as if so many turning points from the deep pasts of so many passengers could justify such a hair-raising event as two cars careening down the highway with little regard for the safety of others. It was after all a hot day and the gist of the chase, like an old-time feud, involved an ancient wound, an insult like a family heirloom, about somebody’s mother that cut to the core of a man’s need to strut his stuff with his chest thrust forward and balls of fist hung like unused mallets. Childhoods aside, the funny part of the chase was the fact that every time the chased sped up, the chaser sped up, and every time the chased slowed down, the chaser slowed down, so that the distance between them remained constant. As you may have guessed, you must suspend your disbelief when it comes to the guzzling of gas. Chalk it up to that six-shooter that in the movies shoots a hundred rounds or more. No one is stopping to reload and underneath it all everyone cares about everyone immensely.

The year of the horse
is an action poem
so seize your subject matter by the mane
& ride it/write quick!
The animal of the year
of my own birth
the monkey
of popular imagination
many find agile
if not a bit mischievous
I find at its worst
a royal pain
at its best other-
worldly
always landing on its feet
somewhere between
not much to look at
& yes, handsome.
But this is not what I meant to say.
What I meant to say
was will you go out with me?

Tamir (I Wish I Were A Psalm)

In the middle of the Twentieth century two million blacks migrated from the south to northern and western cities to get away from Jim Crow. Many were met with racist white violence in their new safer places, call them homes. Chicago comes to mind from my memory of the play by Lorraine Hansberry that I read and saw performed on a no longer extant proscenium stage when I was fifteen. Supported by progressive black and white activists, some schools in those days did moral combat against racism by instituting Intercultural Education. It’s hard to say it wasn’t a good idea. Then we hear the NAACP criticizing songs taught in music classes that use the words “darky” and the most famous and most proprietary word of all, which is not a word for God but the n-word. Words feel most loaded that insinuate and engender a maximum number of oppressors. Then arose the question of what to do with history books in praise of the KKK keeping “foolish Negros” out of government. Then some people wanted to know, ‘Why must my child read about Little Black Sambo at school?’ Even Race Liberals of certain times and places [call it an epoch and approximate the size of it] argued that textbooks can’t influence prejudice even if a classroom is a seedbed for dissemination. Black activists must have been seen as hypersensitive in those days. Back in the day defenders of a status quo must have asked over and over again, “Where’s your proof of this?”

Once a toy makes it to the table, the head of the household perched at the head of the table proclaims squirt guns off limits at mealtime. Behold his cowl of soft gray hair. A pale flesh pot of blue irises and gun to bring him back to a day when, craving Band Aids and skeleton keys, he made midwinter flyovers in a rubber-band-propelled helicopter. Gun brings him home to days of craving when the air was gray and clouds muted the sun’s rays, and he monitored from on high the comings and goings at his sister’s dollhouse with the whirlybird he called Peacekeeper. The smell of the gun gives rise to summer when sunshine acts on plastic to warm the grassy water inside. A barefooted boy breaks from a grove of trees and running from lawn to lawn to meet the enfilade head-on reloads at a neighbor’s spigot. The reverie ends with a report from Cleveland in 2014.

There’s a guy here with a pistol.
You know it’s probably fake,
but he’s like pointing it at everybody.
An airsoft pistol is a facsimile weapon indistinguishable from the genuine article.
There’s a black male on the swings…
he keeps pulling a gun out of his pants
and pointing at people.

In a dinnertime prayer for Tamir, the head of the household says of his own safe son

May all boys be psalms
sung before guns get drawn.

The laddies learned what they learned about race relations from the books they read in school and lessons learned from their cunning instructors. It was also all over the media.

My mother was the most beautiful woman I ever saw. All I am I owe to my mother. I attribute my success in life to the moral, intellectual and physical education I received from her. ―George Washington

From a pair of Georges come two wonderful quotes, one from the novelist George Eliot, author of Middlemarch, and the other from the comedian George Carlin. “Affection is the broadest basis of a good life,” says one. Says the other, “The day after tomorrow is the third day of the rest of your life.” Can you guess who said which? I guess it’s pretty obvious. Maybe it isn’t important. They make a nice couple. No matter who said what, they make more meaning together than they do in isolation.

The poet George Oppen was a profound witness to the 20th century. As with my grandfather (George) on my mother’s side, at the end of his rich life, Alzheimer’s overwhelmed him. I learned then that when someone asks, “Where’s my wife?” and he has no wife, you say “She’s not here right now” as a way of going along with the forgetting person’s reality. You accept that nothing you do will bring back their ability to remember. You manage anxiety.

Back then, and finding them again now, I wrote the phrases “profound witness” and “disease of forgetting” in the margin beside the poet’s lines,

1 thought on “A world without cars” 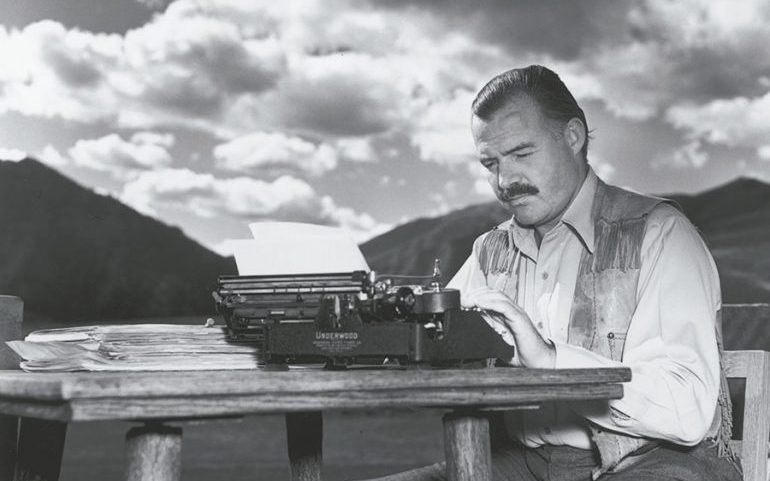