The Beautyful Ones Are Not Yet Born

The light from the bus moved uncertainly down the road until finally the two vague circles caught some indistinct object on the side of the road where it curved out in front. The bus had come to a stop. Its confused rattle had given place to an endless spastic shudder, as if its pieces were held together by too much rust ever to fall completely apart.

The driver climbed down onto the road from his seat, took a crumpled packet of Tuskers from his shirt pocket, stuck a bent cigarette in his mouth, and lit a match. The head refused to catch, however; there was only the humid orange glow as the driver resignedly threw away the stick and took out another. After the third try a yellow flame sputtered briefly. The driver caught it quickly with the end of the cigarette before it died, cleared his throat and spat out a generous gob of mucus against the tire, and began unhurriedly to inhale his smoke.

Inside the bus the conductor took down his bag and slowly rubbed his neck just above the patch where the long strap had been pressing down. Then he sat down heavily with his legs dangling down the front steps and closed his eyes. The passengers shuffled up the center aisle and began to lower themselves gently down, one after the other, into the darkness of the dawn.

When the soft scraping of sleepy feet on the hollow metal of the steps had stopped, the conductor sat up, his eyes wide open, took his bag from off the floor, drew from within it his day’s block of tickets, and, laying this on the seat beside him, poured out all the money he had collected so far beside it. Then, checking the coins against the tickets, he began to count the morning’s take. It was mostly what he expected at this time of the month: small coins, a lot of pesewas, single brown pieces, with some fives, a few tens and the occasional twenty-five. Collecting was always easier around Passion Week. Not many passengers needed change; it was enough of a struggle looking round corners and the bottoms of boxes to find small coins somehow overlooked. So mostly people held out the exact fare and tried not to look into the receiver’s face with its knowledge of their impotence. Collecting was certainly easier, but at the same time not as satisfactory as in the swollen days after pay day. There was not much in it at a time like that. True, people were still only bodies walking in their sleep. But what could a conductor take, even from a body that has yet to wake, when all this walking corpse holds out is the exact fare itself, no more, no less? Much better the days after pay day, much, much better. Then the fullness of the month touches each old sufferer with a feeling of new power. The walkers sleep still, but their nightmares in which they are dwarfs unable to run away and little insects caught in endless pools, these fearful dreams are gone. The men who dreamed them walk like rich men, and if they give a fifty-pesewa coin they look into the collector’s eyes to see if he acknowledges their own importance. They do not look in their palms to see how much change is there. Much better the swollen days of the full month, much better.

The conductor separated the money into little piles and saw that there was not a single fifty-pesewa coin. No wonder. The coins had yielded nothing. He had not thought they would, but then sometimes a simple check like that could reveal hidden profit. It was not very likely though, that he would make anything from the coins today. There was something still. Someone had at this time of the month held out a cedi for his fare. He had looked into the face of the giver, and sure enough, the eyes had in them the restless happiness of power in search of admiration. With his own eyes the conductor had obliged the man, satisfied his appetite for the wonder of others. He had not lowered his eyes: that would have brought the attention of the potent giver down to the coins in his palm, and the magic would have gone, and with it the profit. So the conductor had not lowered his eyes. Instead he had kept them fastened to the hungry eyes of the giver of the cedi, and fed them with admiration. He had softened his own gaze the better to receive the masculine sharpness of the giver’s stare. He had opened his mouth slightly so that the smile that had a gape in it would say to the boastful giver, “Yes, man. You are a big man.” And he had fingered the coins in his bag, and in the end placed in the giver’s hand a confusing assortment of coins whose value was far short of what he should have given. The happy man had just dropped the coins into his shirt pocket. He had not even looked at them.

The cedi lay there on the seat. Among the coins it looked strange, and for a moment the conductor thought it was ridiculous that the paper should be so much more important than the shiny metal. In the weak light inside the bus he peered closely at the markings on the note. Then a vague but persistent odor forced itself on him and he rolled the cedi up and deliberately, deeply smelled it. He had to smell it again, this time standing up and away from the public leather of the bus seat. But the smell was not his mistake. Fascinated, he breathed it slowly into his lungs. It was a most unexpected smell for something so new to have: it was a very old smell, very strong, and so very rotten that the stench itself of it came with a curious, satisfying pleasure. Strange that a man could have so many cedis pass through his hands and yet not really know their smell. 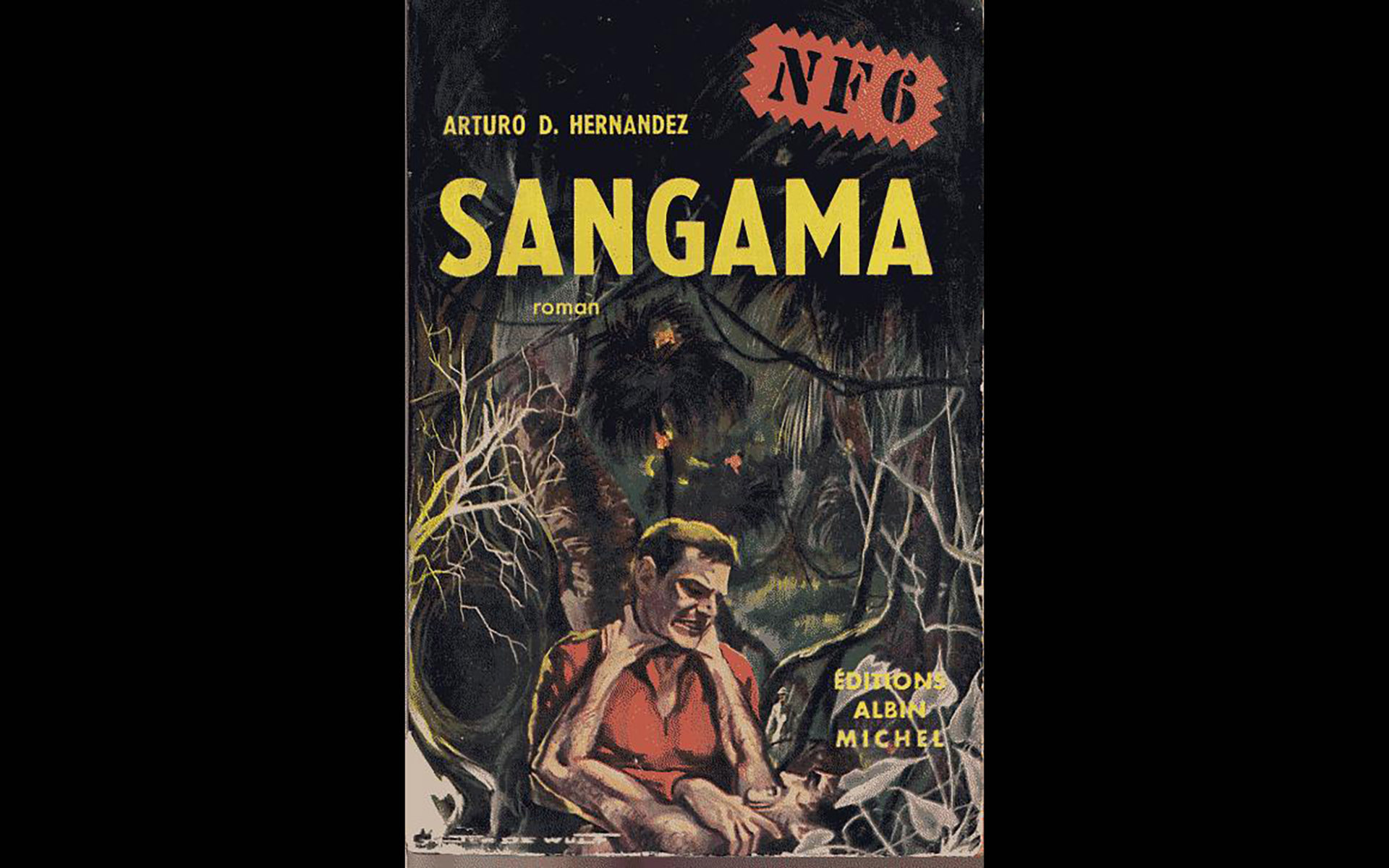